Last night Michael and I joined a group of clergy to pray and petition for justice on behalf of Michael Brown. We were already in the St. Louis area with our families for a few days of vacation and when word came about the clergy march the timing and location seemed too providential to ignore. I won’t go into the play-by-play of our evening, but the experience was unlike any I’ve had. 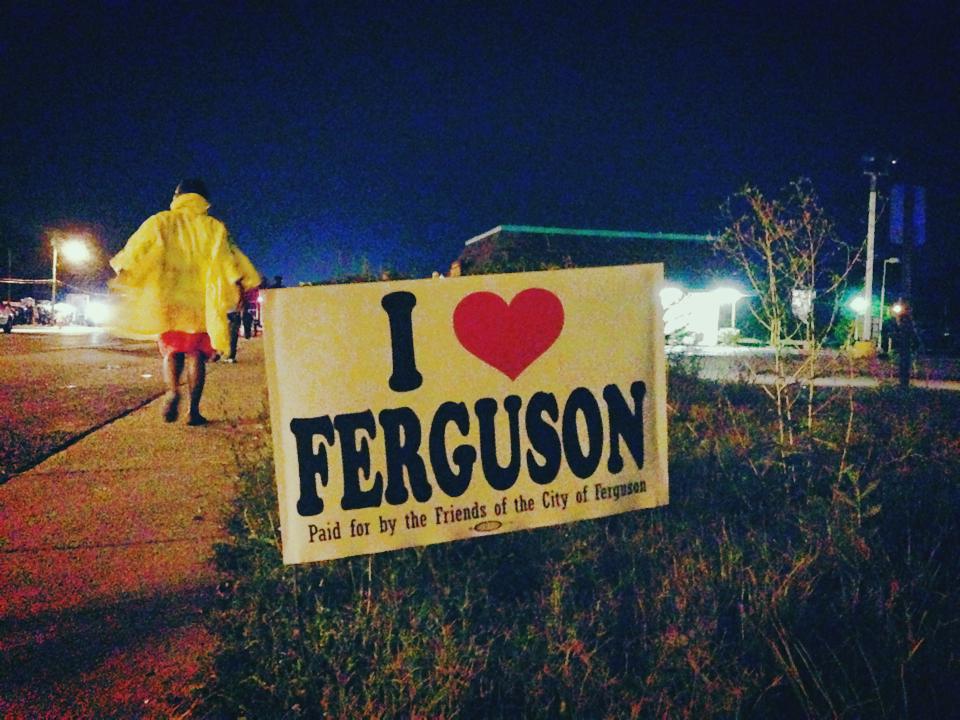 This morning I woke up thinking about some of the lessons I’m walking away with from our short time in Ferguson. My perspective is incredibly limited: I’m an outsider who spent a few hours in a place where others have lived their entire lives. Even so, I want to hold onto some of my experiences, despite how incomplete they are.

The Anger Is Real

It seemed that many of the protestors, like us, where from places other than Ferguson. Yet there were some locals too and it was their response that most caught my attention. In addition to the anger about Michael Brown’s death, there was also a barely contained rage about the way their city had been occupied by the police for over a week. All around were flashing lights, blocked streets, and check points. The protests from these citizens were not a show for the cameras but rage from an occupied people.

The Tension Between Symbolic Actions And Local Solutions

Ferguson has become a symbol for the ever-present oppression experienced by many Americans. Many of the young people we interacted with last night had come from around the country to protest. They were certainly concerned with Michael Brown’s death, but their perspective was broader- systems and policies were within their sights. I thinks this is OK and probably necessary, but at some point local leadership will need to gather the local stakeholders to determine Ferguson’s strategy going forward. Hopefully the symbolic actions can be a catalyst for local voices to articulate particular strategies for this city. It would be a shame if the big picture perspective – as important as it is – were to drown out those who will live in Ferguson long after the media leave. 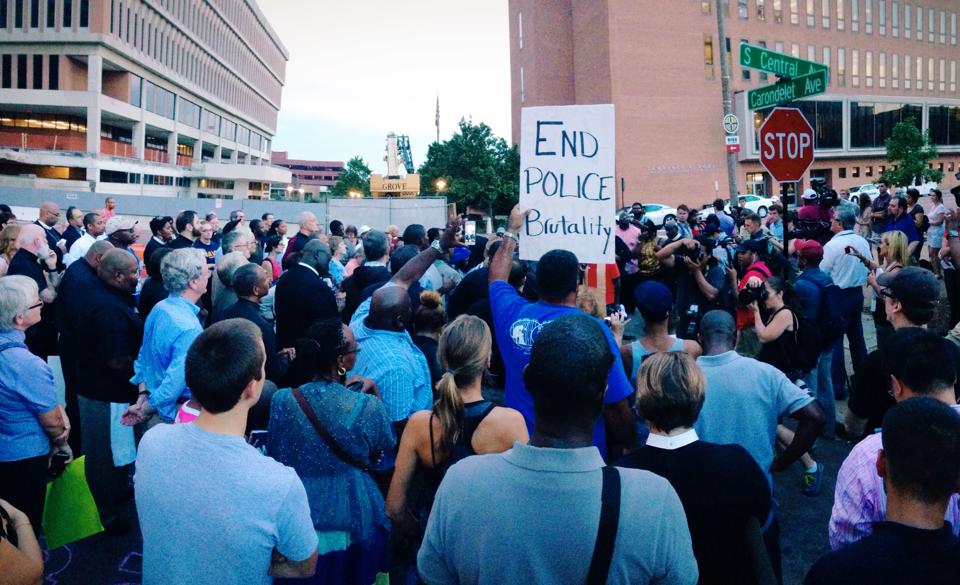 Chanting Is Easier Than Praying

Michael and I were under the impression that there would be organized times of prayer as we marched in Ferguson. This never happened. Honestly, it would have been hard. The noise, flashing lights, and adrenaline made it far easier to chant loudly – No justice, no peace! Hands up. Don’t Shoot! – than to pray quietly. I wondered though, driving home, what it would have been like had small groups of clergy stopped occasionally during the march to join hands a pray. I wonder if some of the besieged citizens would have welcomed prayer. I wonder whether the omnipresent police would have relaxed, even a little bit. I don’t know, but it was an important reminder that prayer is the Christian’s first choice, always, regardless of how chaotic the surroundings.

Police Intimidation Is The Worst

There were plenty of kind police officers whom we interacted with last night. But this didn’t change some important facts: some of our fellow marchers had been harassed and arrested earlier in the week; everywhere you looked were men (I don’t remember seeing a single woman officer) with guns, clubs, and intimidating vehicles; we were not aloud to stop moving and any time we did there was an officer who would quickly urge us to move. Michael and I began to breathe more easily as we walked away from Ferguson around midnight and the guns and gazes of the law enforcers receded behind us. I cannot imagine living under the constant threat of intimidation, whether on this grand scale or with the constant question each time I saw a police officer. I can’t imagine it, but there are many who can. 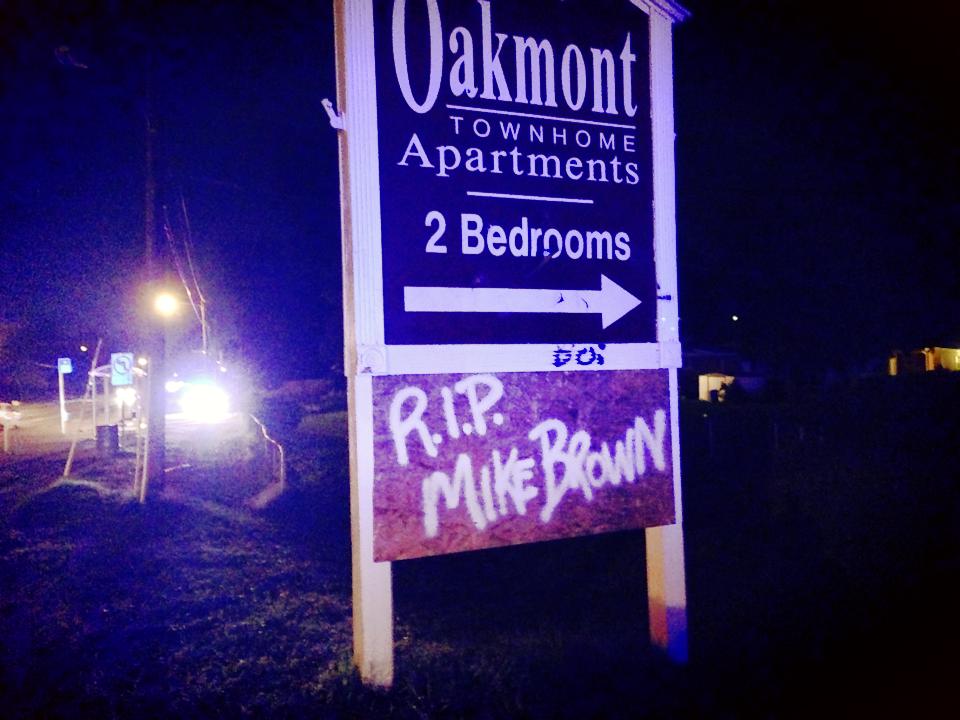 There is plenty that we experienced last night that will take some time to process. Despite the chaos and intimidation, I’m very glad we went. It is important that Christians show up to places like Ferguson – including such places in our own neighborhoods that will never get this attention – and bear witness. We bear witness to any way the image of God is debased in people anywhere. And, equally important, we bear witness to God’s presence and movement in the places others have deemed God-forsaken.

4 thoughts on “Lessons From One Night In Ferguson”