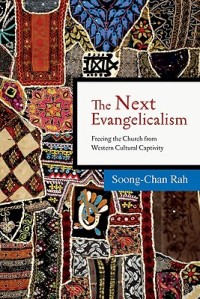 I’d wager that a lot of folks within the Evangelical world have picked up a copy of The Next Evangelicalism by Soong-Chan Rah.  We are a people, after all, who are interested in the latest trends and methods .  Authors who claim to know what’s around the cultural corner are attractive within a movement that often feels one step behind The Next Big Thing.

Readers hoping for this type of how-to insight from Professor Rah would do well to take seriously the book’s subtitle: Freeing the Church from Western Cultural Captivity. Even more telling is how the author qualifies “Western captivity” with “Western, white captivity.”  It turns out that welcoming the next Evangelicalism often means rejecting and repenting of certain aspects of the current Evangelicalism and Professor Rah isn’t shy in pointing out the specifics of white culture that need to go.  Of the many who first pick up the book, how many will actually finish?

The Next Evangelicalism is divided into three parts.  Part I describes the Western white captivity of the church (individualistic, materialistic, and racist), Part II examines how widespread Soong-Chan Rah believes Western white influence to be, and Part III explores the way forward.  Rah’s critique of the American church can be scathing, and some will be turned off by his view of the Evangelical movement.  (A quick scan of the blogosphere turns up reviewers who seem disappointed that Professor Rah didn’t write about more of the positive contributions of evangelicals.)  Whatever one’s emotional response to the book’s content, there are at least two very good reasons this book deserves a wide audience.

First, the indictment leveled at the American church by Professor Rah is profoundly theological and must be taken very seriously.

When one culture is elevated above another, we are stating that one culture and the individuals in that culture are made more in the image of God that others… [We] fail to fulfill our human capacity to create culture reflecting the image of God by elevating one culture over another.  Do we not have a responsibility to our cultural mandate of putting forth the uniqueness of every culture and contributing to the global expression of Christianity? (134)

In other words, when the Evangelical movement is defined by the dominant characteristics of just the majority white culture, than it has ceased to be a movement that reflects the image of God.  If this is true, than we must swallow hard and look carefully at any aspect of our church structures, methods, or leaderships that has succumbed to individualism, materialism, or racism.

Secondly, while many are lamenting the decline of American Christianity, Soong-Chan Rah sees a different development.  Along with scholars like Lamin Sanneh and Philip Jenkins, Rah sees a global church that is growing- including within the USA.  Because the growth is not generally white, mainstream Evangelicalism has either completely overlooked it or seen these vibrant immigrant and minority churches as exceptions rather than the rule.  Reflecting America’s ongoing demographic shifts, these churches can no longer be ignored or patronized.  The Next Evangelicalism strongly suggests that the future American church will be formatively influenced- as it should be- but these overlooked congregations.  How quickly will the current Evangelical movement acknowledge this changing landscape and make the deep-seated changes necessary to more accurately reflect God’s image and coming Kingdom?

In the book’s final section the author suggests what some of these changes ought to be.  I’ll not summarize them here; Professor Rah’s proposals are best heard after grappling with the difficult implications of the first six chapters.  Whether or not the reader agrees with all of Rah’s analysis and suggestions, hopefully the time of ignoring his basic premises has past.  While we may welcome the growth and vibrancy of the changing American church, we must be willing to look closely at the shortcomings within Evangelicalism these changes have exposed.  The Next Evangelicalism is a very helpful starting point, providing a view of both the struggle and hope that is just around the corner.

2 thoughts on “the next evangelicalism”