I’ve done these year-end, haphazard lists of my favorite books for a bunch of years now, mostly to remind myself of the past year’s reading. I finished fewer books than normal this year, in part because of a seminary class last winter. I’ve not included the book that would have topped the list, the Library of America’s collection of James Baldwin’s essays. I’m still happily working through those 800 pages and finding it so relevant and helpful during these days of protests.

What did you enjoy reading this year? 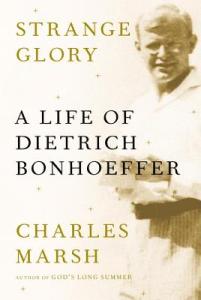 Dietrich Bonhoeffer continues to be a someone I turn to regularly- his books on discipleship and community are well worn on my shelves and his letters from prison are a voice I need to hear regularly. I think one of the things that continues to draw me to the German theologian is the access we have to his personal life. Reflections by his friends and associates over the years have more recently been joined by a good documentary and a very readable biography. Now we have another biography, this one by Charles Marsh who has long been a student of Bonhoeffer. (I heard him read from a paper about Bonhoeffer at a theology conference and it was clear how long this scholar has studied and been inspired by his subject.) Marsh is the rare scholar who who presents history in a compelling manner without downplaying any of the important nuance- his The Beloved Community about the Civil Rights movement is a great example of this achievement and another book to add to your list. Marsh’s biography digs relatively deeply into Bonhoeffer’s time New York and especially Harlem where he was influenced by Abyssinian Baptist Church. There’s more work to be done on this period of Bonhoeffer’s formation (this recent book looks promising) but Marsh helps us see the important connections between the African American church and Bonhoeffer’s ability to resist the Nazis from a very early date. It’s a connection we need to pay attention to today.

In her first collection of essays, Notes from No Man’s Land, we have the best writing on race by a white person. Well, at least I can’t imagine writing that is so beautiful and aware about an American subject so ugly. In her second book – part history, part memoir, part social criticism – Biss turns her keen observation on immunizations. Huh? It seems a strange topic to be sure, but the book is full of insight and reflections on the assumptions and metaphors that have shaped American people’s fears of being contaminated by disease. Much of what is written about immunizations these days is preachy and condescending; Biss is neither, in part because of her the anxieties she experienced – and discloses in the book – as a new mother. I learned quite a bit about immunizations that I hadn’t considered before. For example, while it tends to be middle class families who in recent years have refused immunizations for their children, it is poor children who suffer these choices. This is due to something called herd immunity in which a small percentage of under-immunized children (often poor children whose families struggle to keep us with the immunization schedules) are protected from disease once a large percentage of the general population has been immunized. A middle class child is less likely to suffer the consequences of not being immunized than is her under-immunized, poorer classmate. Anyway, the book is full of these kinds of insights, delivered is Biss’s beautiful and disclosing prose. 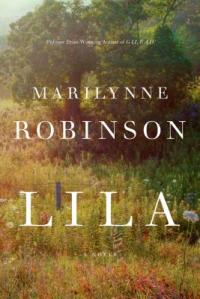 I’m real biased on this one as I’ve read and own most of what Robinson has written. This novel was anticipated highly by a lot of folks and you can easily find summaries and reviews online. The book comes back to the stories of a few individuals in a small town in Iowa previously covered in Gilead and Home. Here we get the perspective of the title character, a drifter turned wife to the old preacher featured in the other two books. She’s a fascinating character, unpredictable and somehow relatable. This latter trait is no small feat by Robinson – she allows Lila to be incredibly unique without ever sliding into a metaphor – and is accomplished by Lila’s voice, especially her probing questions. The good reverend (and he is good which must be one of the more surprising elements of these books) does his best with her questions about ultimate things, but like the rest of us there’s only so much that he can say. For someone like Lila, who has experienced the worst of this world, can his restrained yet hopeful answers ever be enough? There’s not much that happens in a Robinson novel, not noticeably anyway. But her ability to see the rapid twitching below the surface, the back and forth that is emotional life, is unparalleled and is all the action I require in a good novel.

Sarah Coakley is smart – like chair of a department at Cambridge smart – and I know she means for this first in a four volume systematic theology to be accessible to ordinary readers like me, but dang! Despite all that surely went over my head, I deeply appreciated this book and professor Coakley’s approach. And that approach? Here’s the opening paragraph:

Institutional Christianity in in a crisis about ‘sexuality’. Its detractors in the supposedly secularized and liberal climes of Northern Europe who nonetheless yearn for what they call a satisfying ‘spirituality’, see this crisis as a sign of its failure to engage the contemporary world. Its conservative defenders, to be found mainly in religiously observant parts of North America and throughout the southern hemisphere, take it as an indication of cultural decadence and a deficiency in scriptural obedience. Probably both sides are right, but perhaps neither, exactly; this book notably does not aim to slave the problems in the terms currently under discussion. Instead, it aims to go deeper; to come at the issue that is now called sexuality through a different route – that of the divine itself.

This approach is what makes this book so important, and, hopefully, the ensuing volumes so promising. Coakley is suggesting that Christians have access to ways of being and talking about so-called sexuality that are available only through our attachment to God. Thus, for Coakley, prayer and the Holy Spirit are not afterthoughts to conversations about theology, they are at the center.

A final note: In addition to a mind-boggling academic career, Coakley has served as an Anglican priest throughout her career. Despite the thick ideas found in this book, she clearly has the church in mind as she writes. This is not an academic who has become enchanted with her voice or ideas; she’s writing for people like me and you and for the unity of Christ’s church. 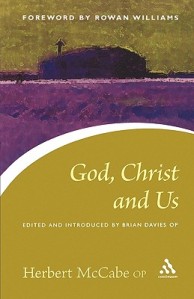 I could, and maybe should, read this collection of sermons and lectures by Herbert McCabe every year. McCabe, who is a relatively new name, died in 2001 and was a Catholic priest, writer, and academic. This book is all I know of McCabe’s style and it may differ in other books, but in this collection he is direct and clear. He says things about Christianity that make me think, Well of course, but who says that? For example,

And this from another sermon:

Death, human death, is in the first place an outrage. I mean it is outrageous in a way that the death of other animals is not; because in human death nature takes back more that it has lent to us. Every human death is a kind of murder.

This book would be real comfortable on your night stand or stacked with your Bible for morning reading. The writing is simple but never simplistic and, most wonderfully, the gospel is always made more strange and more beautiful in these pages.