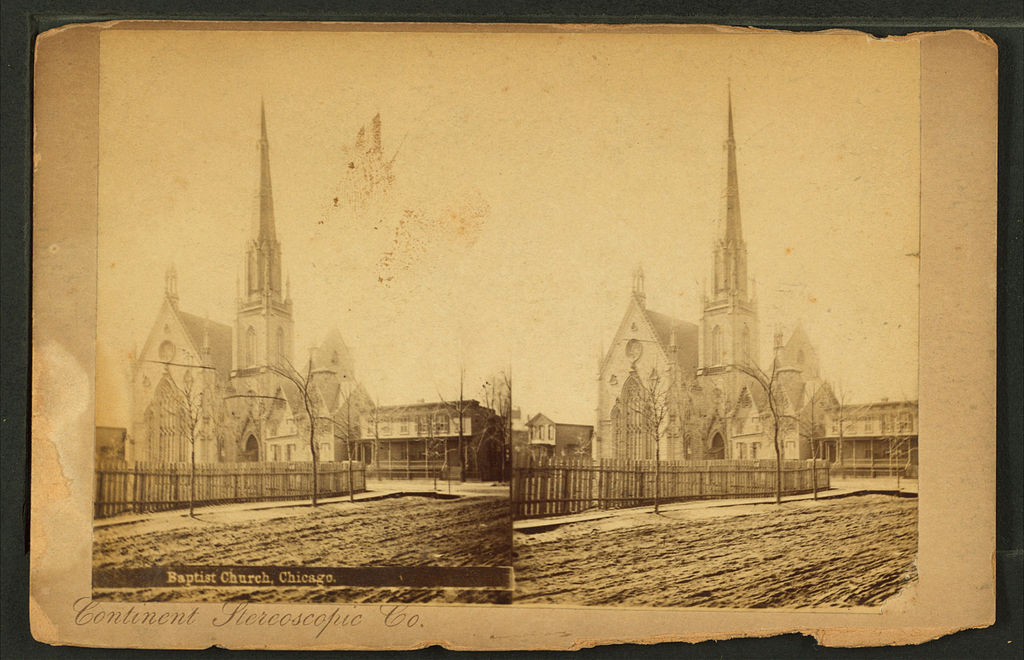 As a pastor I regularly have conversations with folks who feel themselves teetering on the edge of faith.  I don’t remember anyone telling me that this would be a normal part of my vocation but it has become common enough to be notable.  Earlier this year I wrote about this and wondered about the negative impact of insular subcultures within Christianity.  I continue to think these sorts of cliquish churches can hinder faith development as a young person’s orbit begins to take in larger swaths of culture and, ironically, Christianity.

Since then I’ve had more conversations with women and men who have either left the faith, are taking a break from church, or who see little reason to believe their faith will be sustained in the coming months.  In addition to noting the long-lasting impact of childhoods spent within sectarian churches I’ve also been thinking about how faith develops over time and whether churches allow for and expect this development.

James Folwer, a professor of theology and human development, published Stages of Faith in 1981 in which he described seven stages (0-6) of faith development.  The stages he theorizes are interesting though, for my purposes, I won’t say much about the unique stages or whether there is actually a sequential pattern followed by most people of faith.  I’m interested instead in the fact that Fowler saw these stages of faith development as normal but not inevitable.  It is, according to Fowler, very possible to get stuck along the way, mistaking one’s current experience of faith for the final destination.

For example, Fowler says people experience “mythic/literal faith” in stage two.  In Nurture that is Christian, Perry Downs writes about this stage that, “faith tends to understand God in terms of moral reciprocity, keeping score of who must be forgiven and who must be punished.”  This is an understandable perspective for a child to hold but one, we would hope, that would mature over time.  This, however, requires a community of faith that expects a person to grow beyond this stage.  Such communities according to Downs – and my own recent experience with those recounting their childhood churches – can be rare.  He writes,

Unfortunately, some congregations tend to “lock in” at this stage.  Probably reflecting a desire to take Scripture literally, these groups are so rigidly literal in their thinking that the deeper teachings of Scriptures elude them.  Such faith is not appropriate for adults.  Literalism should be a stop along the way, not a destination.

Many of the folks I talk with about crises of faith learned and experienced Christianity in these sorts of locked-in churches.  There was no expectation to mature beyond this, or any other, stage of faith.  As time passed and they engaged with an increasingly complex world, the faith of their childhood began to seem increasingly simplistic and ill-equipped to interact with their pressing questions.  From my observations, it is most common at this point to move in one of two seemingly different directions.  They either double-down on their childhood faith, pushing away doubts and incongruities, or they leave the faith altogether.  I wonder if these are only seemingly different directions as neither requires moving beyond old categories of understanding and being in the world.  It’s possible to exchange the fundamentalist tendencies of a certain Christian community for similar tendencies found among other groups, including those that deny God’s existence.

They either double-down on their childhood faith, pushing away doubts and incongruities, or they leave the faith altogether.

What’s behind this?  Why is there a tendency among many churches to form stunted Christians?  Downs wonders about the connection between a literal interpretation of the Bible and a literalist worldview.  Others have acknowledged the desire among many churches to protect its members, especially its younger members, from the polluting influence of the wider world.  Hanna Pylväinen’s novel, We Sinners, captures these fears poignantly.

I think there is something else though, something more elemental.  Much of Christianity has understood conversion in primarily transactional terms.  Accepting Jesus Christ as Savior affects a profound and eternal change.  Salvation, in these terms, is the end.  There are good, Biblical, reasons for thinking about salvation in this way.  But when this is the only way salvation is understood than there isn’t much reason to expect developments in one’s faith over time.  In fact, one of the unspoken goals of this sort of faith is to simply protect it.

Rounding out this view of conversion, though generally downplayed or categorized as secondary importance, is salvation as the beginning.  We might call this discipleship, following Jesus.  In this view our initial submission to Christ is seen as the first steps- incredibly important steps fraught with deep theological implications about identity in Christ, the presence of the Holy Spirit, and so on, but first steps nonetheless.  And as one learning to walk, we expect changes and growth.

What sort of church community might foster the expectation for a faith that changes and matures over time?  Two phrases come to mind.  We can think of this kind of church as a centered-set model of belonging.  Here the community affirms a strong center while allowing for a diversity of experience, thought, and expression around that center.  This community is held together by Who its members are moving toward.  (The question about what forms a community’s center is important and different churches will answer it in different ways.)  The alternative is a bounded-set model in which clear boundaries are drawn making clear who does and doesn’t belong.  This, I think, has been the experience of many who now question the faith of their childhood.

Members of this community have a clear sense of its purpose and find it a safe place to undertake the risky task of faith development.

The second phrase that hints at a community expecting faith development – including all of the attending messiness – is a non-anxious presence.  This is the language Edwin Friedman uses to describe the role of a leader in A Failure of Nerve but I think the concept applies to a community.  Like a non-anxious leader, this type of community does not find its identity threatened by questions or conflict.  Members of this community have a clear sense of its purpose and find it a safe place to undertake the risky task of faith development.

There’s another piece that appears to be missing in the faith experience of the folks I talk with.  I mention it here briefly as a placeholder; I need to give more thought to this.  Moving through stages of faith involves pain.  Loss, doubt, unanswered questions, and emotional turmoil are natural parts of maturing.  The Church has long known this and seen the dark night of the soul as a normal experience for those following the narrow way of Jesus.  In contrast, much of contemporary Christianity downplays these darker experiences, choosing instead to paint a picture of faith that is mostly victory and happiness.  Younger people growing up in these happy-clappy environments have been given little precedent for the dark and sometimes desperate valleys that are intrinsic to faith development.

I’ve surely oversimplified the concept of faith development as well as the reasons people leave the faith. What am I missing?  What would you add?  This remains a pressing topic for me and I’d love to hear additional reflection on these ideas and questions.