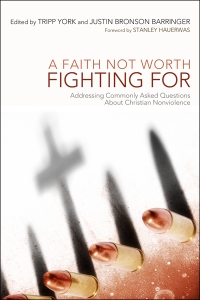 In recent days we’ve learned about President Obama’s role in deciding which terrorist suspects are selected for the “kill list.”  Inclusion on this list all but guarantees the subject will be the target of a supposedly secret and increasingly common drone strike.  While the story seems dramatic from every angle, from the president’s intimate involvement to the technology that makes possible remote control warfare, the response has mostly been hand wringing about how the story was originally leaked.  The issues under consideration aren’t the so-called kill list and new technologies that allow for its implementation but rather the fact that these things are now public.

If this seems backwards it shouldn’t be surprising.  Ours is a nation that cares about immediate outcomes.  Presidential involvement with targeted drone killings is a non-issue as long as it works.  This commitment to metrics and measurable results is wide-ranging: my public school teacher friends lament that curriculum is increasingly limited to whatever leads to higher standardized test scores.

American churches have long breathed this pragmatic air, measuring success through numbers like attendance, membership, budgets, campuses, and so on.  We often ask the same question as our fellow-Americans: What works?

The best thing about A Faith Not Worth Fighting For is how little the contributors care about this question.  This collection of essays “addressing commonly asked questions about Christian nonviolence” covers a range of concerns while sharing a common disinterest in theological pragmatism.  In his chapter Greg Boyd makes this especially clear.  He writes, “What sets the kingdom pacifist apart, I will argue, is that his or her primary motivation for embracing nonviolence is not ethical, political, or in any way utilitarian.  It is rather rooted in the Lordship of Christ and the transforming experience of the Holy Spirit.”

Elsewhere contributors refer to nonviolence as confessional or, as Stephen Long identifies it, christological pacifism.

The pacifism that has haunted and always will haunt the Christian Church…assumes that we have seen and heard God’s purposes for creation in Jesus.  The pacifism I cannot discredit, and have not yet been able to deny, is the pacifism that claims that we are called through our baptisms to participate in the life of Christ and bear witness to the world as God has borne witness to us.  It asks us, what happened to us at our baptisms into the life and death of Christ?

This non-pragmatic approach will frustrate some readers.  While the contributors don’t shy away from the common and challenging questions commonly put to pacifists – What would you do if someone were attacking a loved one?  What about Hitler?  What about war and violence in the Old Testament – they do not show how the nonviolence leads to preferred outcomes.  Instead the essays work to show how, regardless of the situation, Biblical reference, or theological question, nonviolence is always the most faithful response to our life in Christ.  In this regard a book that promises answers winds up posing one consistent question: What if nonviolence is inseparable from faith in Christ?

Editors Tripp York and Justin Bronson Barringer have identified the right questions for this sort of book and pulled together thoughtful contributors.  Given the subject it’s not surprising that Stanley Hauerwas and John Howard Yoder are referenced throughout.  Neither is it surprising that the contributors share similar starting points and to their credit they are gracious with their theological sparring partners.  As Shane Claiborne quips in the afterword, “Our critics are not bad people…they are just wrong.  And hopefully they think the same of us.”

There are two things that could have made this very good book better.  First, I wish some of the essays were edited for more accessibility.  Many of the chapters can easily be read and digested by a wide audience but a few seem directed towards a smaller, academic crowd.  Second, I hoped for more engagement with the practice of nonviolence that comes from African American churches.  In these historic churches we have the witness of people who rejected the pragmatic course for a faith that required great risk and sacrifice, even as they hoped and prayed that their actions would lead to change.  It seems to me that any discussion about nonviolence within the American church must make significant room for the testimonies of these saints.

This book deserves a wide audience and I’m grateful to the editors and contributors for it.  I’ll come back to these essays again as I grapple with the violence in our nation, our city and within my own heart.

3 thoughts on “A Faith Not Worth Fighting For”