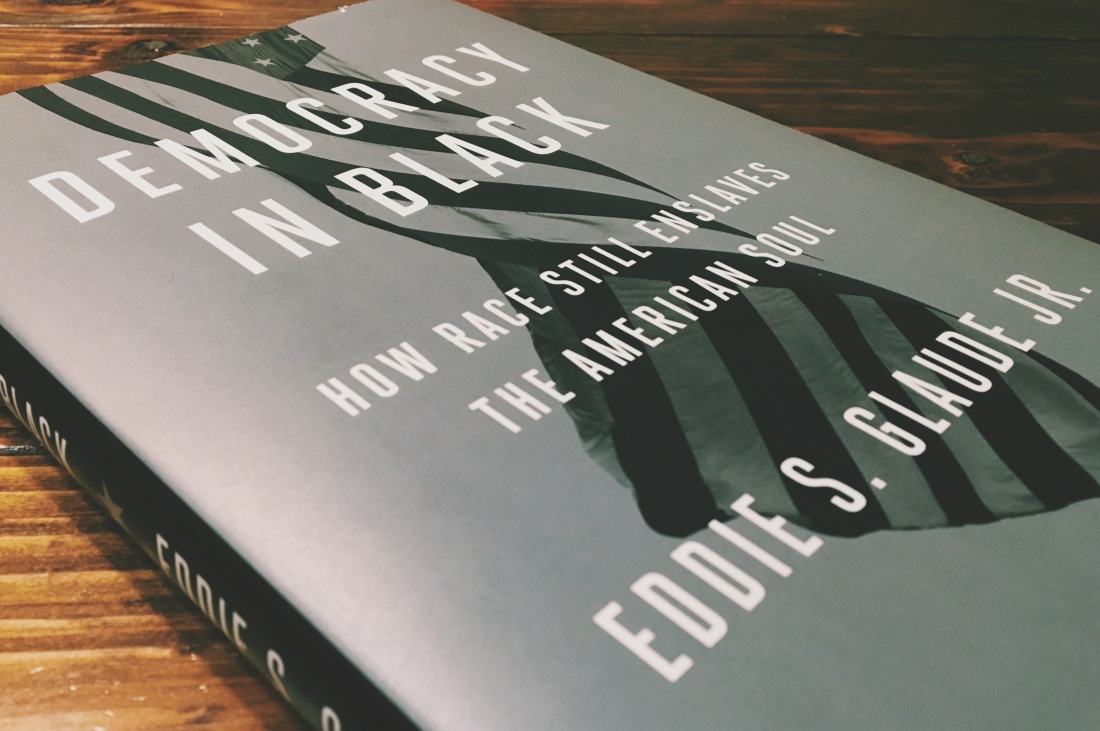 Most Americans see inequality – and the racial habits that give it life – as aberrations, ways we fail to live up to the idea of America. But we’re wrong. Inequality and racial habits are part of the American Idea. They are not symptoms of bad, racist people who fail to live up to pristine ideals. We are, in the end, what we do. And this is the society we have all made. So much so that we have a black man in the White House and nearly one million black men and women in the Big House.

-From the first chapter of Eddie S. Glaude Jr’s new book, Democracy in Black: How Race Still Enslaves the American Soul. A church member told me about the book yesterday after our service and I picked it up this morning. Glaude has quickly sucked me in- he’s precise and truthful in a way that, as I’m reading, feels notable for how rare such clear writing about our current racial and political moment usually is.  Another quote to give you a sense of this:

Opportunity deserts are the racial underside of a society that has turned its back on poor people, especially poor black people. This indifference allows most white Americans to be willfully ignorant of what happens in such places and to ignore the history of racism in this country that has consigned so many black people to poverty with little to no chance of escaping it. Most white Americans never go there – literally or metaphorically – and have a hard time imagining that such places exist.