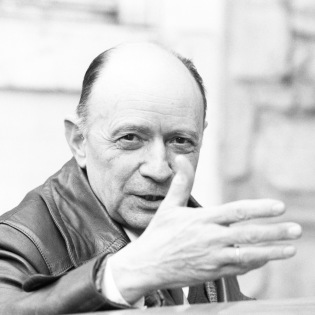 In preparation for an upcoming sermon on money I’ve been dipping into Money and Power by Jacques Ellul. In a section titled “What Money Really Is” Ellul makes a theological point I’d not previously considered. (Others have surely made it, but Ellul does so forcefully and provocatively, as anyone familiar with his writing would expect.) Reflecting on Jesus’ teaching on Mammon in Matthew 6:24 and Luke 16:13, he writes that “money is a power.” By this he means that money acts autonomously, has a spiritual value, and is oriented personally. Mammon cannot be used by people; rather, in opposition to God, it uses people.

With this articulated, Ellul moves to “What Money Does.” Here he describes the pervasive force of Mammon on society.

This power of money establishes in the world a certain type of human relationship and specific human behavior. It creates what could be broadly called a buying-selling relationship. Everything in this world is paid for one way or another. Likewise, everything can, one way or another, be bought. Such is the character that the power of money imposes on the world. Although money is only one means of this power’s action, it is the most visible and concrete sign of the universality of buying and selling. The world sees this behavior as normal. Without constant exchange, we could not continue to live.

Ellul is thinking of more than slavery – though he includes this among his examples of Mammon’s power; poverty, alienation, and betrayal are other ways this buying-selling milieu is manifested, though rarely acknowledged or challenged. We might consider the valiant and noble efforts to stop human trafficking, efforts that often overlook the economic conditions that make such injustices possible. Challenging these conditions is almost impossible as most people with the agency to oppose trafficking are also benefitting from the structures that make slavery profitable.

And then the move I hadn’t considered: Into this market-driven world steps a God whose nature is grace and gift and this God submits to being sold. Judas’ betrayal of Jesus for 30 pieces of silver may be consistent with a wold governed by Mammon but it is utterly inconsistent with God’s nature. Yet Jesus submits to Mammon for our salvation. That is, the spiritual forces that dehumanize and commodify people do their worst to the only one who successfully resisted their power. Thus, as Paul writes, we are bought with a price by the only one whose payment leads to freedom. And Jesus, because his nature is that of a giver (“I lay down my life of my own accord.”), cannot be held captive by a force that knows only the language and power of transaction.

Don’t expect any breadth or grandeur from the Empire’s Christian divines. Across the board, the imperial chaplains exhibit the most obsequious deference to the Plutocracy, providing imprimaturs and singing hallelujahs for the civil religion of Chrapitalism: the lucrative merger of Christianity and capitalism, America’s most enduring covenant theology. It’s the core of “American exceptionalism,” the sanctimonious and blood-spattered myth of providential anointment for global dominion. In the Chrapitalist gospel, the rich young man goes away richer, for God and Mammon have pooled their capital, formed a bi-theistic investment group, and laundered the money in baptismal fonts before parking it in offshore accounts. Chrapitalism has been America’s distinctive and gilded contribution to religion and theology, a delusion that beloved community can be built on the foundations of capitalist property. As the American Empire wanes, so will its established religion; the erosion of Chrapitalism will generate a moral and spiritual maelstrom.

What will American Christians do as their fraudulent Mandate from Heaven expires? They might break with the imperial cult so completely that it would feel like atheism and treason. With a little help from anarchists, they might be monotheists, even Christians again. Who better to instruct them in blasphemy than sworn enemies of both God and the state? Christians might discover that unbelievers can be the most incisive and demanding theologians.

–Eugene McCarraher, “Love is Stronger than Debt” in Books and Culture.

Another example of why Books and Culture continues to be my most anticipated mail. You’re a subscriber, right?